Welcome to Technology (and Engineering)

Have a wonderful summer! Be good to yourselves, be wise and responsible about your computer use over the summer and have fun. See you back on Planet Wise in August! - Miss Hoffman 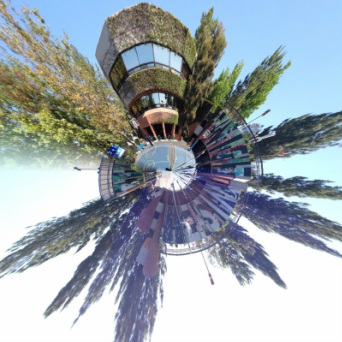 
Fifth graders participated in a very special digital photography program this year: The Jewish Lens. During the course of this project students learned about photography during class time in Art, Project Studio, Judaic Studies and Technology. We believe it was so successful that we should expand it to other grades next year. We hope you will agree. Ladies and Gentleman, I present, THE JEWISH LENS.

One of the gifts to our Technology Innovation Lab from the Wise Parent Association was a time lapse camera. It's a plastic camera that is somewhat immune to the outdoors with timers that can be set at various intervals to observe people, places and things. We set it up by the garden one day and by Faber Field another.  Is there something that you would like to see in time lapse? Let me know and we'll set it up together.

And thanks again WPA!

The Weather Was Hot, The Pool Was Cool:
We invented SPHERO WATER ROBOTICS

May 15, 2014
Sixth graders integrated their knowledge about programming with the properties of water to begin 5 tasks in the swimming pool. Special thanks to Ariela and Max for the underwater video footage.

May 5, 2014
Immediately following the WPA meeting on Monday, May 5th a group of wise and wonderful parents joined a workshop on Wise and Responsible Technology Usage. The notes from the session are here:

If you missed the Israel Celebration on Sunday, you can still learn Hebrew by viewing our lessons on www.vimeo.com/wiseschool or scan the QR codes below from your Smart Phone using a QR code scanning app such as QRafter.

May 2, 2014
Jaden, Jacob M. , James, Tiffany, Gaby S. and Nicholas D. from Room 31 collaborated on this groovy tune in GarageBand on our school iMacs. "We have become experts in arranging groovy, urban loops," says Gaby S.

Israel Independence is May 6th!

April 8, 2014
Students worked in groups to create an obstacle for their Sphero to navigate. Then we put all the obstacles together to create one giant Sphero Obstacle Course.

GarageBand is a hit in third grade!

April 4, 2014
We ended our week with the third graders testing out GarageBand on the iMacs and iPads in the Technology Innovation Lab. We compared the version in the iMac with the version on the iPad - the iMac wins if you were wondering. We combined loops to create musical masterpieces.

We have an ion guitar!

March 28, 2014
What is an ion Guitar you may ask? Well, it is a guitar structure that turns your iPad into a GUITAR. It is currently living in Room 37. First grade students are experimenting with the iPad guitar during exploration time. Ethan, in third grade, thought it was pretty cool and created an old school music video. Check out the awesome effects that were used Final Cut Pro.

March 26, 2014
Fifth graders are learning digital photography skills through our Jewish Lens curriculum. In this week's lessons we learned the difference between macro and zoom functions. We also learned four elements of composition: line, color, pattern and texture.

March 12, 2014
Kindergarten students used 2Animate to draw hamantaschen. Then they created frames from the original to show the hamantaschen being gobbled up.

March 11, 2014
You can't be in the technology game without having a certain fascination with what happens on the International Space Station. When we heard that there was a National Geographic Special called Live From Space we got to thinking about what questions we would ask an astronaut.

March 6, 2014
This is the testing stage of our Sphero Engineering Project. After creating an obstacle for their Sphero, student began the testing phase.

January 30, 2014
Students in Room 34 took a photo walk around Wise School to document the new plants on campus. What types of plants are there? Which plants are edible? Which plants are the most colorful? We answered these questions and learned how to use our cameras. We learned to stand still so our photos are crisp and clear.

Note: These photographs were originally on display in the Up and Down Gallery (the school elevator), but that exhibit has ended.